Digital Signature in electronic correspondences; Do emails need to be signed?

Trends show that Digital Signature is peeping into almost every aspect of our lives, especially by EIDAS regulations in Europe and other rules around the world, we will be going through a rapid change affecting the traditional culture of social and economic interactions. But which areas haven’t yet been surfed by Digital Signature? One familiar domain is email messages. The question is that, do emails basically need to be signed? or are they validated just being sent from a recognizable email address. We will consider Emails validity and the need to add a digital signature to this area, in the following paragraphs.

People are widely accustomed to signing letters; that is what we usually have seen and thus we still conform to. The underlying reason for signing emails is however a bit different. The signature generally conveys the position and further details of the correspondent of the email, but not necessarily showing his/her legal signature or authentication of the author. That is because do to this presumption that the author of the email is the same person who has access to the corresponding email address through which the email has been sent. Having this underlying assumption and the mechanism of sending and receiving letters has eliminated the case for signature so far.

But what if we are looking for tighter security and safety in emails? 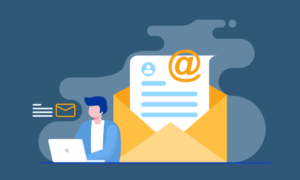 The first question we are going to ask (and actually answer!) is that, are emails by default legally binding?

the answer to this question according to Upcounsel[1] is yes, emails are generally considered to be legally binding by courts, and although there are always some exceptions, it’s safer to assume that a contract through email will be legally binding; taking into account that the Uniform Electronic Transactions Act (UETA) and the Electronic Signatures in Global and National Commerce Act, have stated that electronic communications can constitute legally binding contracts. the 2013 case of Forcelli v. Gelco also put the principles guiding such laws into practice, in which a representative of the Gelco Corporation’s insurance company offered the plaintiff $230,000 to settle the case, first orally and then mentioned in an email. The plaintiff agreed, but when Gelco tried to back out of the payment after winning the case a few days later, the New York Appellate Division ruled in a separate case that the email constituted a legally binding contract and that Gelco was required to pay the full amount on offer. The court’s ruling was based upon the following factors:

How to distinguish a valid contract?

Mentioning that an email can constitute the contract terms, let’s take a deeper look into what items a valid contract includes?

First, let’s define what a valid contract is; for a contract to be valid – i.e. to be binding and enforceable in a court of law- some prerequisites must be met. In such a contract, all the parties are legally bound to perform all the clauses in the contract.

4. lawful items: the goals of a contract must be in the framework of rules and regulations, for example committing a crime or acts against public norms are not considered lawful. 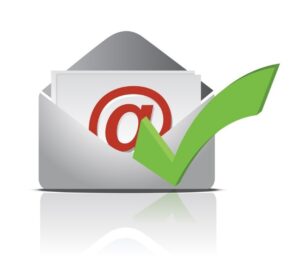 As mentioned earlier, since the validity of email contracts is generally accepted in law, it’s logical to be cautious about doing business through email. For this purpose, some tips are proposed by Microsoft that as follows:

Putting it all together, although the email messages are of validity and can be adjudicated in law courts, a digital signature can still add more safety and assurance to the important contents. attaching a digital signature to an email message offers another layer of reliability and security by providing the recipient even more assurance about the person who has sent the letter. This proves that the signer and the sender of the email have one identity and no fraudulence has occurred during the procedure of sending/receiving. In fact, the digital signature, which expresses one’s legal digital certificate and public key, and is originated from digital ID, serves as the unique digital hallmark of that person and notifies the recipient that the content hasn’t been modified during the transit.

Let’s point out that there are actually no limits to what we expect from security, in other words, the more we develop solutions to add to the security of contracts and correspondences, there would be also mutual efforts from imposters to create new ways to violate the law and thus this story never ends!

Collected and written by: Forough M.Salehi